Your Breaking Bad Fix During The Hiatus

Last night’s opening scene of Breaking Bad, Episode 5.7 Say My Name, was just a riveting reminder of why this show is a king on network television. You’re goddamn right. Unfortunately, next Sunday marks the last episode before an extended hiatus, after which AMC will premier the final eight episodes. But what is one to do once the withdraws of being deprived of Heisenberg’s infamous Blue Sky set in? Well, hop on over to AMCtv’s Breaking Bad Page to check out an exclusive behind-the-scenes look into each of your favorite episodes. There is enough there to keep people happy during the upcoming down time. Most of the video content can also be found on AMC’s YouTube Channel. 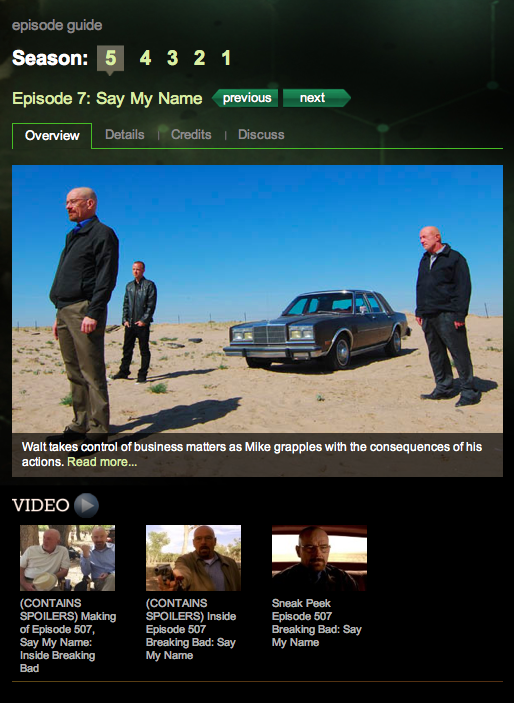 When watching sneak-peaks is no longer enough, go out and score some of your own Breaking Bad-Inspired Blue Meth Rock Candy available for sale from Etsy.

Just try not to let the DEA (Dental Enforcement Agency) catch you with it.